Just got a copy of Black Five by J. Lynn Bailey, and it's now on my TBR list! It looks really spooky and I can't wait to read it. Here's more on it beneath the link!
Read more »
Posted by Eleni at 8:00 AM No comments:

So, the big Ghostwriting Secret Project? It's the Fredia Gibbs Story: Meet the Most Dangerous Woman in the World, and I've worked on it! 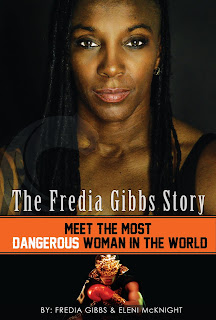 See that? It's my name at the bottom! I am so excited about this project, I'm now on Amazon! This is a big day for me, and I really hope you want to read it on ebook when it comes out on June 30th. It's currently available for preorder!

I also got a new trilogy offer to ghostwrite some Regency Romances. I feel like I'm growing as a writer, and it's going to help me towards publishing my own first book and starting a career in writing! This is wonderful news, since I am losing my day job to outsourcing on June 30th. I still have my second job, and I have my ghostwriting and my novels I'm working on.

This has been a scary time, but an exciting one as well. I feel like I'm being pushed to grow and change. It's terrifying, but cool. I really hope this is a transition to a lot of success in my life as a writer, so wish me luck on this endeavor!
Posted by Eleni at 8:41 PM No comments:

Rough Choices Being for the Best I Can Be

While writing Home, it felt like I was just writing something a muse was whispering my ear. It didn't feel 100% like my own story, but it is.
When I finally found a press that would publish me, I was elated. At the time, I had no professionally published credits to my name. I had no real experience. I was still learning, as one ought to do in writing.
Recently, I sent a new draft in with a little expansion of the story, and I waited, and a week and half later, he responded to me with an email telling me I was good writer and storyteller, but he wanted to know if I just wanted to get this story out with a lovely surface-edit or did I want to make it a great story with a difficult, harsh edit?
As someone who's been writing most of my life (since age nine) and suffers from debilitating perfectionism, I want nothing more to be a great writer. I know that my book is going to down in the Library of Congress forever and it would forever be a mark of what kind of person I was and what I believed in.

So, I chose the tougher route. It meant it would take longer to edit, and it would take longer to polish. Yeah, it stinks that I have to wait for my first novel to come out. But, I've been writing for twenty-seven years, a few more months aren't going to kill me. I know better than to write for the money, which would have pushed me into the soft edit. Will there be mistakes in the manuscript? Maybe. Will there be things I regret later about the book? Maybe. But I don't want to go ahead and rush-publish without getting the most of those taken care of as possible.
Personally, I hate it when I read books that start out a series so wonderfully, and then they go to seed later on.  Most of the time, this is because authors start on Level 2 or Level 3 editing, which is you either do the edits you signed the contract for, or you don't get published and you have to give back any advance money. But after a few hit books, some authors get put on Level 1 editing, which is basically, "Hey, you're a cash cow, we just want you to get the book out under OUR publishing house because we know your name will make money. You don't have to listen to the editors, but we'll give you an edit anyway." It basically when publishers get nervous that their hit writers will run to another press that offers more money (oh, I wish I got that!).
I don't know if my writing career is going to take off. I don't know if I'll be a hit writer. I learned the hard way: don't write for the money. This industry is absolutely difficult to succeed in, just as difficult as the acting or the music industry (both of which, I've had a taste of). You're lucky if you make super-loyal fans (and I hope one day I can say that). I personally fear that I'd be selling out (if by luck, I had some success and got on Level 1 editing) if I said, "Hey, no big deal, I have the option to not to accept this edit, or that one, or THAT one!" and put out something less than my best.
I fear that ego. I don't ever want that ego. Please slap me if I ever brag about taking the easy way out instead of the hard way.
So, Home might be out in the fall or winter of 2016. Maybe in early 2017. But I damn sure am going to try to present my best for all of you.
Posted by Eleni at 1:16 PM No comments:

Email ThisBlogThis!Share to TwitterShare to FacebookShare to Pinterest
Labels: book release, books, confidence, cover reveal, having it all, Home, independent, plot, projects, stories, strong, write, writing, you can't have it all

I'm devastated at the largest gun massacre in the history by a single shooter at the Pulse Night Club in Orlando. There was a massacre in Port Arthur, Australia in 1996, which prompted the Australian government to ban semi-automatic assault weapons... and it worked. It was the largest single-gun shooting massacre in World history... until Saturday night. 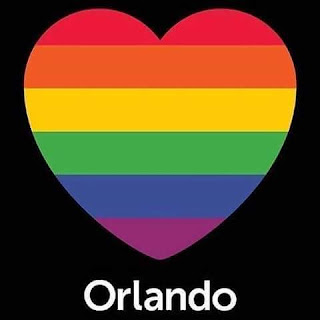 But, today's blog is not about a political issue like gun control.

No, it's more about the lives lost and affected by this senseless tragedy and the killer who did it.
The press is making him out to be a radical Muslim, who had a history of domestic violence and severe homophobia. He found a lot of emotional power in Radical Islam with his problems which he should have been getting mental help for. I know he wasn't considered a "real" Muslim, according to Simone Samba, who said this:


Because MSM has no idea it's Ramadan right now, let me just make it clear - if this man in Orlando was truly a practicing Muslim the very very very last thing he would do during Ramadan is murder. Not to mention Islam forbids violence and taking the life of another. (Y'all were just talking about Ali last week)
This man was a US citizen raised in the US. He is an American homophobic terrorist. This society in America needs to stop passing the buck and own it's diseases.

A lot of my friends get angry when it's brought up that the mental health care system failed him. I'm truly considering going back to school to get my Master's in Marriage and Family Therapy... because I want to help people with the same problems I've had. I want to make that kind of difference.

But all I can think about right now is the 103 families that have been affected. 50 people are dead, 53 are in the hospital. No, they didn't deserve it. Gay clubs exist as a sanctuary where LGBT people are free to treat the person they love like everyone else can in public. I'm P-FLAG, so I'm so weirdly thankful that it didn't happen in Nashville where my relatives could have easily been the victims, although my gay family has been threatened multiple times, one of which was at work in a Cracker Barrell that he was managing. He should be safe at work. But, unfortunately, he's not. I've been to gay night clubs, and they are hella fun, and feel a lot safer to me than regular night clubs... until now. I know that this is pretty upsetting for the LGBT community, and the PRIDE festival in Nashville is happening the weekend of the 25th, the Pulse Night Club shooting's memory will be a huge part of the event. I think the shootings were done intentionally around PRIDE weeks, to scare the LGBT population back into the closet. The shooter's actions are disgusting and reprehensible. No, I don't think the LGBT community deserved this. Nobody does.

So, this means I'm going to PRIDE on the 25th, to make friends, and to show that I'm an ally. I proudly support the LGBT community. And let me warn you, when it comes to gun control, the "sleeping giant" of American activism has been awoken. The Gay Community is quite a force to be reckoned with, and Congress, if they're wise, is going to need to expect a display of gun control from the LGBT-Q, the P-FLAG, and the community of people who support common sense gun laws.
Posted by Eleni at 6:00 AM No comments: