I can attest to how important it is to being in a good headspace as I finish writing a chapter in my ghostwriting project. 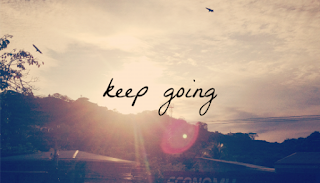 I'm going through a season of change right now, and it was unexpected, although I have some time to prepare for it. While I am a private person and I don't think I'm going to talk about it specifically, it feels as though the rug is being pulled out from under me right now, but I'm trying to stay stable.

This is the reason I advocate so strongly for mental health care and the normalization of it. I hate the stigma of being in therapy, being mocked for it, as if I'm weak in character. But even the people that mock me for having depression, I wouldn't want them to suffer from it like I have. Depression is not because you suck as a person and don't matter, that you are throw-away. It's not that you're weak for having it. It's not that you deserve it because you aren't strong. You have it because you've been stronger than you should have been for too long. It happens to the best people on earth that don't deserve it at all. There's nothing so terrifying as knowing that you're on the edge of losing your life, but it's all up to you, which is what depression does to you. I try to look at depression as if I had cancer: I need treatment for it to survive. It's not my fault, it's not anybody in particular's fault (although if you listened to selective parts of my therapy sessions, you'd think I was blaming someone, but I'm not). Assigning "fault" and "blame" means you are waiting on another person to admit they did something wrong and that you can't go forward until they fix it. You can't live your life waiting on other people to get their crap together, though. You can learn to make up for these traumas in your past by loving yourself and then you can move forward.

What depression really is, is when you start to believe that 'the fight' is not worth it any longer. And you start to "spiral", as I call it. You sink further and further down into that dark abyss, and you feel like everyone's screaming at you without any compassion or help. You just want to curl up in a ball and let the world and all it's problems pass you by. But if you listen to your spirit, deep down, you'll hear the fight that's still left, although it might be really weak. And you've got to listen to it and make the effort to bring it back to life. I'm not saying it's easy, but it's possible.