I've been gone for a while, really wrapping myself up in graduate school, but I wanted to let my readers know how I've been.

There are updates (always) on my Facebook page. You can send me a friend request here and follow my news on my page here. As always, I'm on Instagram @eleniwriting as well.

One of the biggest (and worst) things that has happened to me in the last year has been losing my father. I'm still getting over it. Daddy and I were pretty close, but the end was pretty awful and I know he's in a better place now. I'm not ready to talk about how I'm feeling in public, yet, but he was important.

I'm getting used to the workload at my job and at school. This year so far, I have left off reading a lot of fictional books, but started out again. I'm enjoying reading, even though it's not at the rate I was reading previously. 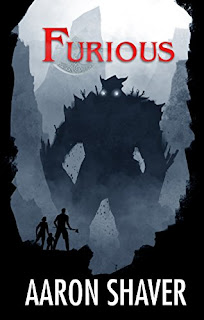 My first novel which I finished this year was Furious by Aaron Shaver. He's my publishing house brother and this book was so fun! No, I did not get any compensation or a free copy, I bought my copy with my own money. I enjoyed reading it, even though I fell behind often and had to put it down between semesters. I'm glad I did finish it, because which it can be enjoyed by teens, adults can enjoy it, too. It was pretty fast-paced, which is great, because I hate it when books lag in the narration. It was told in first person between several narrators, which was mostly the main couple, Reese and Emma, occasionally a few others. I loved seeing a couple that was in love stay in love and stay strong. So often in American media, in happy, in-love couples are ripped apart with a lot of angst. But in this book, Reese and Emma's love never wavered, they stayed together, and were still entertaining, not boring. I'm also a mythology nerd and most of it has been Classical mythology, Greek and Roman. I love learning about other mythologies and cultural stories, and Furious had trolls and 'beserkers', warriors who could tap into their fury and do incredible things. The battle of Jotnar Valley reminded me of the Wizard Wars Battle of Hogwarts in Harry Potter, super exciting and action-packed! I recommend! 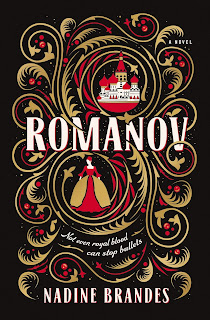 The second novel was Romanov by Nadine Brandes. This was a fictional retelling of the Royal Anastasia, it took some liberties with the fate of the last Russian Tzar and his family but was not the same story. The Romanovs in this novel were a fictional version of them, so if you are a Russian History enthusiast, please don't take this book and try to fact-check it. It did make Tsar Nicholas look like a better ruler and man than he actually was in reality. In reality, he did create a very unhappy population by doing things like throwing lavish parties and balls while his soldiers were struggling for supplies in World War I and his people starving, which did not ingratiate the royal family in the public's favor. While the Romanovs were unlike previous version of the Russian Royal lineage, Brandes got the family's closeness in her work. While I felt like Maria was a little silly compared to what she reportedly was and Anastasia was a little nicer than reports of her in reality, the magic was not really explained very well until the end. I did not like that and I wish there had been a little more explanation of it. I was curious what the magic was able to do. And the whole thing with Zash, I felt like he was kind of a weak male lead and put in there for romance.
Romanovs and their last days. A lot like the Fox Animation Studios film 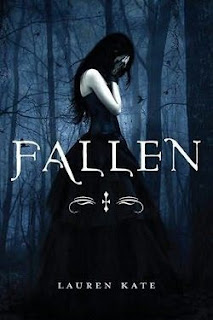 The third book I read (or re-read) was Fallen by Lauren Kate. Rereading this book seven years after I initially read it (and before I became a feminist who doesn't put up with a lot of bull crap) was a major eye-opener. I can see the echoes of the Twilight influence, definitely. Luce was transported to a new place, without her parents around very much, and immediately fell for Daniel, even though he was hella rude, downright crass, to her. It did follow the Twilight plot: Luce arrives at a reform boarding school that didn't seem super realistic. They didn't go through all their luggage, they just relied on the students to hand over the contraband. The students lived in private single dorm rooms in a co-ed dorm. They didn't have teachers constantly running their schedules. I have a friend who teaches at a reform school, and the students aren't even allowed to have pens and pencils or book bags that aren't clear, they get writing materials from the teacher during class and turn them in at the end of class, because pens and pencils can be weaponized. The student body my friend teaches is mostly the nerdy, bullied kids who got bullied a little too far and ended up expelled, while there weren't students like that in this book. They never explained why Daniel went to reform school and who was paying for it, because this reform school seemed pretty expensive: a boarding school with private bedrooms and an extensive private campus, while Daniel was said to be an orphan. Normal juveniles don't get sent to private reform schools, they go to public reform schools (like the one my friend teaches at) or juvenile detention centers. Hopefully, it'll be explained later in the next books. Anyhoo, back to the review. Luce makes a sassy new friend right away in Arrianne and meets a cute guy named Cam who is into her at about the same time she meets Daniel, who flips her off for no reason, while she starts to have instalove for Daniel at the same time. She met a really interesting character in Penn, whom I probably liked the most of her friends. Daniel magically and heroically saves her from death when a statue almost topples over on her. To be honest, I kind of liked Cam better than Daniel in this book, except in the bar scene, which I felt was added in so we didn't like Cam. Despite Daniel being very cool and off-putting, Luce stalked him with Penn's help and personally obsessed over him. It was absolutely stalking when she Googled him instead of doing her homework in the computer lab! She was in a reform school and they didn't get any access to the internet for themselves! But, the plot is a love so intense and the greatest love story of all time in that universe, and Daniel and Luce were destined to be together, so I gave it a pass. Of course, if she was drawn to him that way, she'd obsess about him. Overall, my 3-star rating still stands. I wish there had been a little more mystery as to what Daniel actually was throughout the book, Luce didn't seem to know he was an angel, despite all the signs and us readers knowing from the prologue. The ending was weird (no spoilers) because it felt like a cliffhanger, so I'm currently listening to Torment, the sequel.

Next time, I'll have the review for Torment by Lauren Kate
Posted by Eleni at 6:27 PM