My time is valuable: where did chivalry go?

I recently got a message from a guy acquaintance on IM from a guy I had met at a party. It was nice to hear from him, but he was IM-ing me as I left work. I apologized and explained as politely as possible that I was driving home from work, which took about an hour in rush hour traffic, and I couldn't chat by IM. I also had to get to my parent's house and pick up my car, which my parents had run to the mechanic's for some work while I was at my job, and of course, my parents and I sat down and chatted for a while. And I had a phone interview scheduled, and a mass of laundry waiting for me at my house that night. The next day, he messaged me with a "Good evening". And that was it. I forgot about it because I was going to a friend's house for dinner and I've been trained not to get on my phone at the dinner table because my parents taught me table manners, even if we were just chomping on pizza. On Friday night, I got "Hi." I had to go drive Uber and do a book cover release party and arrange a meal for a dear friend who has just had surgery, so I let it slide. What did he want out of me? Now, I don't know if his interest in me was romantic or not, and I wouldn't assume such a thing. But this morning, I got "Bi" from him. 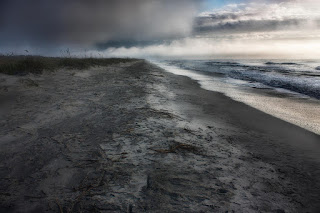 Ugh. Severe aggravation at that.


I'm a busy girl. I'm loved and have a full, busy life. I also find waiting around on IM for someone I hardly know to respond to me and coming up with things to discuss with them a bit of a waste of my time. It's not like I'm sitting on the couch with my cats, watching a Rom-Com on Netflix, crying because I don't have a boyfriend to fill my time and waiting on the phone (or instant messenger) to ring. Your saying hello to me does not validate my existence. I don't owe anything to you for saying hello. Was he waiting for me to come up with a conversation topic for us to discuss? Why not come up with one himself for me to weigh in on by saying something else after saying hello? It's not that hard, and it gives me a reason to get back to him for a further conversation when I've got some downtime. But nada.
I was aggravated. This happened on Facebook and he had access to a list of my interests (like cooking, writing, reading, sewing, performing, candle-making). Those are easy subjects to bring up with me. In my life, I have to organize my time very carefully and it perturbs me when other people don't respect that, regardless of their sex or potential relationship.
My time is valuable, buddy.  So is everyone else's.
It's not just because I'm a woman. I'm a human being with a very full life.
When I pursue someone, I'm respectful of their time and energy. No, your world does not revolve around me because I paid attention to you. I don't validate your existence, my opinion of myself isn't that bloated and conceited (I think. I hope not. If I ever behave that way, somebody smack me). And I expect vice versa. I've got major projects and shiz that needs doing. My life is not that simple or shallow.
If you can't realize that, you don't really value me as a friend or a potential girlfriend.
I realized he wasn't being very chivalrous. Chivalry is having respect for other people and their time if you want them to pay attention to you. It's not just opening doors and pulling out chairs for ladies. It's knowing that women are not objects your entertainment, neither are your friends just because you are bored or lonely. Normal people with a strong sense of self worth are not going to automatically dote on you if you put in enough kindness coins into them just because you paid attention to them (although I don't know what he wanted from me). They are not objects to pump out your entertainment. Yes, you may be shy, but you must be passionate about SOMETHING, and when you find that something, try to talk to other people about it if you are lonely. They will respond if they are good people.
Show me you have a brain and that we have something in common when you pursue me (even for friendship), show me that you can be interesting. Otherwise, you're going to slip my mind or I'll get a creepy vibe from you and ignore you that you're expecting me to entertain you.